Home » Ching Shih: A Prostitute Who Became the most Successful and Deadliest Pirate in History 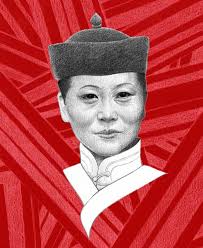 Ching Shih, At the beginning of the 19th century, a former prostitute from a floating brothel in Canton was married to Cheng I, a fearsome pirate of the Qing dynasty who operated in the South China Sea.

In 1775, Ching Shih was born as Shih Yang in the impoverished Guangdong province of China.
She, like many other women of the time, was forced into prostitution when she reached puberty at the tender age of thirteen, in order to supplement her family’s income.
She worked in one of the Cantonese port city’s floating brothels, also known as flower boats.
With the customer on board, these boats would sail along the nearby coast.
The Chinese thought that the boat’s rocking added a whole new dimension to sexual pleasures and improved the overall experience.

Due to her striking beauty, poised nature, and lavish hospitality, young Ching Shih had become the talk of the town in a short period of time.
This attracted a number of high-profile customers, including royal palace courtiers, army military commanders, wealthy merchants visiting the port city, and others.
Aside from that, given her humble beginnings, little is known about her early life.

The Man Who Can Communicate In 32 Languages

Despite the fact that her name, Ching Shih, simply means “Cheng’s widow,” the legacy she left far outstripped that of her husband.
She succeeded him after his death, commanding over 1,800 pirate ships and an estimated 80,000 men.
In the same century, the legendary Blackbeard commanded four ships and 300 pirates.
As a result, Ching Shih is regarded as one of history’s most successful pirates.

Cheng I, her husband, was the ruthless commander of the Red Flag Fleet of pirate ships.
He’d managed to bring together a number of rival Chinese pirate organizations.