Home » Ioannis Ikonomou:The Man Who Can Communicate In 32 Languages 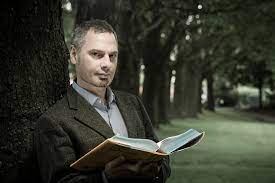 Since 2002, Ioannis Ikonomou has worked as a translator for the European Commission in Brussels. He was born in 1967, making him 57 years old.

Ioannis Ikonomou is a multilingual man who speaks 32 living languages, including Greek, English, German, Italian, Spanish, French, Finnish, Danish, Russian, Swahili, Hebrew, Arabic, Mandarin, and Bengali, as well as 47 dead languages such as Old Church Slavic. He is fluent in 21 of the EU’s 24 official languages.

He considers Mandarin to be the most difficult language to master. His favorite language is Chinese. He is the European Commission’s only in-house translator who is trusted to translate classified Chinese documents.

Ioannis Ikonomou is married to a Polish man named Tomek.

In two ways, Ikonomou achieves her goal of learning 32 languages. First, by traveling widely and frequently, and second, and more importantly, by putting his extraordinary linguistic abilities to good use.

He began studying foreign languages at a young age, inspired by foreign tourists visiting Crete: English at the age of five, when he moved to Athens with his family, German at seven, Italian at ten, Russian at thirteen, East African Swahili at fourteen, and Turkish at sixteen. By the age of 20, he had mastered 15 languages. He studied linguistics at the University of Thessaloniki before going to Columbia University in New York for an MA in Middle Eastern languages and cultures. He went on to Harvard University to pursue a PhD in Indo-European linguistics.