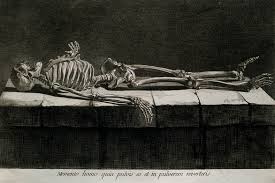 In 1966, Japan established a national holiday called “Respect for the Elderly Day,” which honors Japan’s senior citizens. On that day, both community officials and the media make a point of honoring those who have lived lives that are significantly longer than average.
Local officials in Tokyo, for example, wanted to honor Sogen Kato, a man who was celebrating his 111th birthday that year and was thought to be the country’s oldest person.
Officials from the city went to see Sogen Kato, the world’s oldest man, to congratulate him on his 111th birthday, only to discover he had been dead for 30 years. Officials had tried for years to meet Kato, who was born on July 22, 1899, but his family refused…

An autopsy was performed, but the cause and time of Kato’s death were still unknown.

Mr. Kato had been dead for at least 30 years and was still in his bedroom, according to the granddaughter, who went to the police and told them the truth.

His mummified remains were found in bed, covered by a blanket and wearing long underwear. By his side was a 1978 newspaper.

According to the Daily Mainichi News, Mr. Kato went to his room 30 years ago in an attempt to be like Buddha and refused to eat or drink.

“About 30 years ago, he locked himself in a first-floor room, refusing to eat or drink in accordance with his beliefs. In March of this year, we discovered the skeletal remains of our grandfather inside the room,” a granddaughter told police.

Kato’s mummified body was discovered by police during their investigation.

His wife, a former teacher, died at the age of 101 six years ago. Kato had been receiving payments from his late wife’s pension.